“I’ve got digital sorted, you know SEO, PPC and all that good stuff. What I really want is that, when I go in for a pitch, the prospect can ‘Google’ me and see a trail of media coverage in the sort of publications that they actually read.” This is a direct quote for a CEO I met recently, and it was a refreshing reinforcement of the value of earned media (press coverage in normalspeak) over and above its digital impact.

So, people are starting to fall back in love with good old press coverage and now they want to know why their efforts are falling on stony ground. “Why didn’t the Times run our press release?” is a common question. We came up with our top 10 things that stand between you and the media coverage you deserve.

It’s all about me…

It’s a big mistake to think that the media are sitting by the phone waiting for a call from you to explain how successful, innovative and unique you are as a person or a business. What they are looking for is something that fulfils the ‘readership requirement.’ Think about your local paper. What’s more interesting to you as a reader? Is it the local council announcing its sustainability policy or is if the story about the corrupt businessman who got his comeuppance and is now residing at Her Majesty’s pleasure? The first item is one big yawn while the second is an actual story. You knew that guy from school and he got what was coming to him. I’m not saying only negative stories make the news, but your media efforts have to offer up a compelling story that readers can relate to.

And I don’t mean in a good way. OK, you have found a way to deliver digital transformation to healthcare organisations. Do I just take your word for it or would I be more interested and engaged if you could give me some examples of real customers that had deployed your solution and realised some benefits?  Sometimes you can’t get customers to go on the record, but you still need some form of external validation. Perhaps an industry analyst or academic could support your claims with real facts and figures. Even your own internal data from the R&D team would give me some faith but you won’t get media coverage if you don’t offer up something in the way of evidence for your claims.

Journalists hate to run stories that other people have already covered. And that’s the big problem with companies that rely on press releases alone for their media coverage. It’s fine for the new product announcement (if it really is ground-breaking) or for your financial results, but for everything else, the press release is a blunt and not very effective instrument. As well as the non-exclusivity problem, the blanket press release does not give you the chance to offer a different angle on the story to different media. The local business press may want to know if the new announcement means more jobs while a trade publication will want to know about how you can solve a customer issue.

Often, it’s the language people use in press material that stops an essentially good story from passing muster with the media. The press don’t like self-congratulation or hype. Instead of saying that the solution is “extremely effective,” let the data do the talking. How much did the customer save or how many more transactions were they able to process as a result of your technology? Check your facts. Are you really unique or are there similar products out there but yours has a slightly different flavour? (Also, you need to pretty much ban the word “unique” from your lexicon. I used it once but I think I got away with it!)  As far as the media are concerned, this is a red rag and a challenge for them to prove you wrong.  Most decent PR agencies will advise you against this temptation to over-hype things. Take their advice, even if you have to face the ire of the CEO.

Journalists are interested in expert opinion because that adds colour to the story. So make sure you have a different opinion. Do some research to see what others have said about the topic and put your own twist on it. Expert comment requires and expert, so don’t put forward your sales manager to talk about in-depth technology issues. Their opinions are likely to be too general in nature to offer the journalist a genuinely new angle. And, if you are going to put yourself forward as a thought leader; start looking and acting like one. Engage in social media debates. Comment on stories and write your own on LinkedIn or on your company blog.

News is about new things, otherwise it would be called ‘olds.’  If your story does not tap into current technology or business trends it stands very little chance of getting a look in. There is a lot of talk about AI in healthcare at the moment, for example, so if you are in any way connected with healthtech this would be a good topic to work into your content. The political landscape can also be a rich source of topical content ideas. HS2, the UK’s proposed high-speed rail network is being reviewed at the time of writing. If you are in the connectivity world you might highlight different ways of doing business that make the argument for rail infrastructure investments less relevant than five years ago.

Slow off the mark

All news stories and most feature stories have a shelf life. There’s no point doing your New Year predictions in April. A cyber security incident has a shelf life as a story of about half a day. So, whoever is writing your content, don’t take forever in getting back to them when they ask for information or approval of the draft article. As well as passing the sell-by date you may end up letting down a journalist who had kept a specific slot available for your story; a sin they will never forgive you for.

One of the biggest mistakes in trying to get media coverage is to write a perfectly crafted article and expect to place it. Who knows whether anyone wants the article you’ve written? What if it’s been covered recently by someone else? Far better to research some ideas and points of view and pitch a summary to the media. You will save yourself hours of wasted time writing the wrong article. When you talk to a publication, they may either say they don’t take contributed articles, so no point even going there or that they need the article to be accompanied by a case study or customer testimonial, without which it won’t run. Many will specify a word count. If they say they want 750 words and your article runs to 1200 then your efforts will be wasted.

A phrase from the 80s that still holds value. Mushroom management is the process of keeping your PR agency or in-house department in the dark and periodically showering them with ‘fertiliser.’  If you don’t tell them your plans, achievements, views and how can they possibly represent you to the media. Make the agency part of your team. You will get a lot more value out of your agency if you allow them into the inner sanctum and let them know where you’re going, new business you have won, your views on the latest trends. One particular bugbear of mine is when a client produces some great content and we only get to see it once it has gone live on their site. Had we been given a heads up, we could have placed this content as an exclusive with a key industry title but once it’s been published on your site it’s out there and no longer exclusive, so nobody will touch it.

I recall a large corporate client when asked for a headshot of the CEO sent me a black and white picture taken in a photo booth. While an extreme example of photographic tight-waddism there seems to be a reluctance to spend money on decent photography. I blame it on the digital camera which makes everyone an instant Annie Leibovitz. For a couple of hundred quid you can get some decent people shots that will not only look more professional but will also look good on the page or the site. With tightened editorial budgets, a high-quality photo could be the difference between your story and a competitor’s. 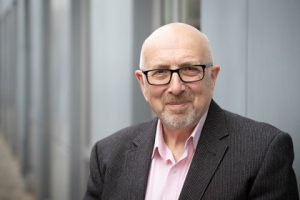 Context founder Frank brings  a wealth of experience from both in house and agency roles and remains a hands on MD working alongside the rest of the team. He has led a number of international clients in telecoms and consumer tech including established brands and fledgling start-ups. He’s currently tackling the never-ending renovation of a VW Camper Van, and favours holidays cycling in the French hills.